Stop by Spices Asian Restaurant (3333 Connecticut Avenue NW) before or after the Talk for a 10% Discount off your Dine-In Bill.

Pick up a 10% off coupon at Tuesday Talks for Dolan Uyghur  (3518 Connecticut Avenue NW). 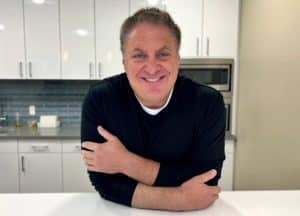 Free but must register here: https://clevelandwoodleypark.helpfulvillage.com/events/1590

Mark Bucher is a successful restaurateur and a change maker At the beginning of the pandemic, he created Feed the Fridge to combat hunger in the metro region while helping struggling restaurants stay in business. Bucher installs refrigerators at recreation centers and schools in the region’s food deserts and pays local restaurants to stock them with up to 100 freshly prepared meals every day. Those meals are available to anyone who’s hungry. Feed the Fridge has served more than 7 million meals to those dealing with food insecurity. It also provided much-needed baby formula during the recent shortage.

Before co-founding Medium Rare in 2011, Mark owned a chain of burger restaurants, BGR: The Burger Joint. Prior to working in the restaurant industry, he worked in commercial real estate, specializing in retail. This led him to restaurant real estate, working for or representing Starbucks, Dunkin Donuts, Wolfgang Puck Restaurants, PF Chang’s, and Outback Steakhouse, among others. 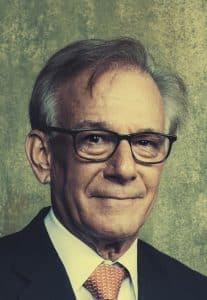 Free but must register here: https://clevelandwoodleypark.helpfulvillage.com/events/1591

DC native and Cleveland Park resident David Ignatius joined The Washington Post in 1986 after reporting for the Wall Street Journal. Since 1988, he has written a twice-weekly foreign affairs column. He has won numerous awards and supervised the Post’s Pulitzer Prize-winning coverage of the Iraqi invasion of Kuwait.

David also has written 11 spy novels, most recently The Palladin. Another novel, Body of Lies, was made into a movie in 2008. Espionage and technology is the subject of his three most recent novels and another that is in progress. 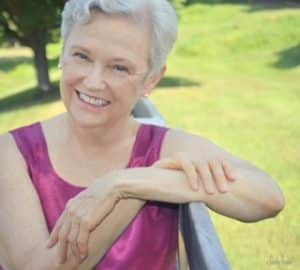 In person at the Cleveland Park Library

Free but must register here: https://clevelandwoodleypark.helpfulvillage.com/events/1592

Cleveland Park resident Leslie Luxemburg will present an introduction to The Friday Morning Music Club, founded in 1886. The club is dedicated to presenting classical music, and not just on Fridays. It supports a full orchestra, a chorale, a composer’s group, at-home music groups, and outreach programs to retirement and nursing homes. The Club was one of 5 organizations/individuals to give $5,000 to found the National Symphony Orchestra in 1931.

Leslie spent her entire career as a professional singer, first with the New York City Opera during the Beverly Sills era, subsequently with the Washington National Opera, Wolf Trap Opera and a variety of other local companies. She maintained an active vocal studio for many years. Leslie keeps musically involved as President of the Friday Morning Music Club, a 137 year old Washington institution. She does occasional film and commercial work, and especially enjoys sharing programs of songs she loves in retirement homes and similar group settings.

Miss a past event? Check out the previous recordings below.

Our community newsletter will keep you in the know with what’s happening in your neighborhood.