Born and raised in New Jersey, Teresa Edmondson moved to DC in 1995, after getting to know the city over the years when she visited her brother, who attended Howard University, and his family.  Teresa comes from a long line of family accomplishment and barrier-breaking in the areas of social justice, education, advocacy and fighting for the rights of underserved and marginalized communities. Harris Hall, the building which houses the Virginia Commonwealth University School of Social Work, is named after Teresa’s aunt Grace Harris, as is the Grace E Harris Leadership Institute, a division of the Douglas Wilder School Of Government Affairs. Another of her father’s sister, Sue Wilder, was a mathematician who was crucial to the success of the NASA space missions in the 50’s and 60’s, whose story was told in the 2016 film Hidden figures. Teresa can trace her genealogy to her enslaved ancestor Reverend Charles Coleman who after receiving his manumission papers started the Piney Grove Baptist Church in 1871 in Scottsburg, Virginia. Piney Grove Baptist church still exists in 2020, 149 years later.

Teresa comes to District Bridges from a social services background where she worked supporting and assisting unhoused individuals to move into homes of their own. Responsible for over 75 formerly unhoused individuals successfully moving off the streets and into homes of their own, many of these individuals remain in touch with Teresa as she was their first source in many years of establishing a relationship based on trust and mutual affection. She also worked to establish outreach behavioral health/homeless services in the DC Public Library, which resulted in DCPL implementing permanent programing, creating employment opportunities for Department of Behavioral Health trained Peer Support Specialists. Three peers are now full time DCPL employees working in re-entry, substance abuse and behavioral health capacities. 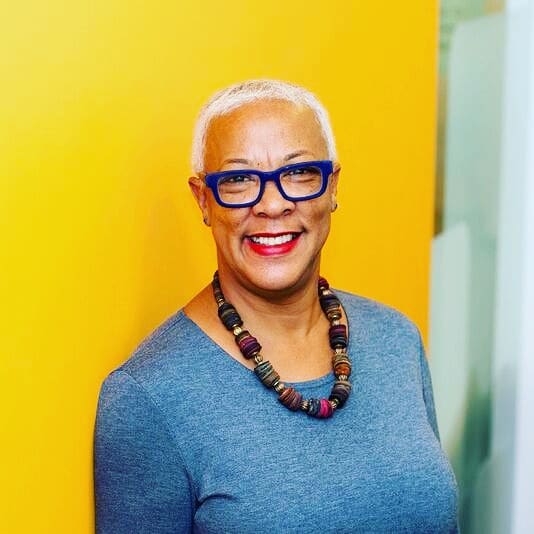 Teresa is a voracious reader of books, an excellent cook, and lives for the beach and her only child – a daughter who is on the West Coast. A fun fact about Teresa is that, while attending the University of Pittsburgh, Teresa was a production assistant on the long-running and much beloved Mr. Roger’s Neighborhood.