Columbia Heights Civic Plaza For All

The Columbia Heights Civic Plaza was built to be a vibrant public space that would serve as a central meeting place and hub of activity for the neighborhood. While the vision for the plaza was well-intentioned, it was not well thought through and shortly after the plaza was completed the problems around maintenance began to emerge. The problem boiled down to a matter of ownership and responsibility. While the plaza is a fairly small public space, there are multiple stakeholders responsible for various aspects of its maintenance.

In the summer of 2021, District Bridges was awarded a grant by NACTO (National Association of City Transportation Officials) to conduct a pilot project to try to address some of the challenges this public space was facing through a holistic and human-centric approach. Building on the learning and early success of the Civic Plaza for All pilot, Councilmember Brianne Nadeau was able to allocate funding to continue and build upon the work for the following year. 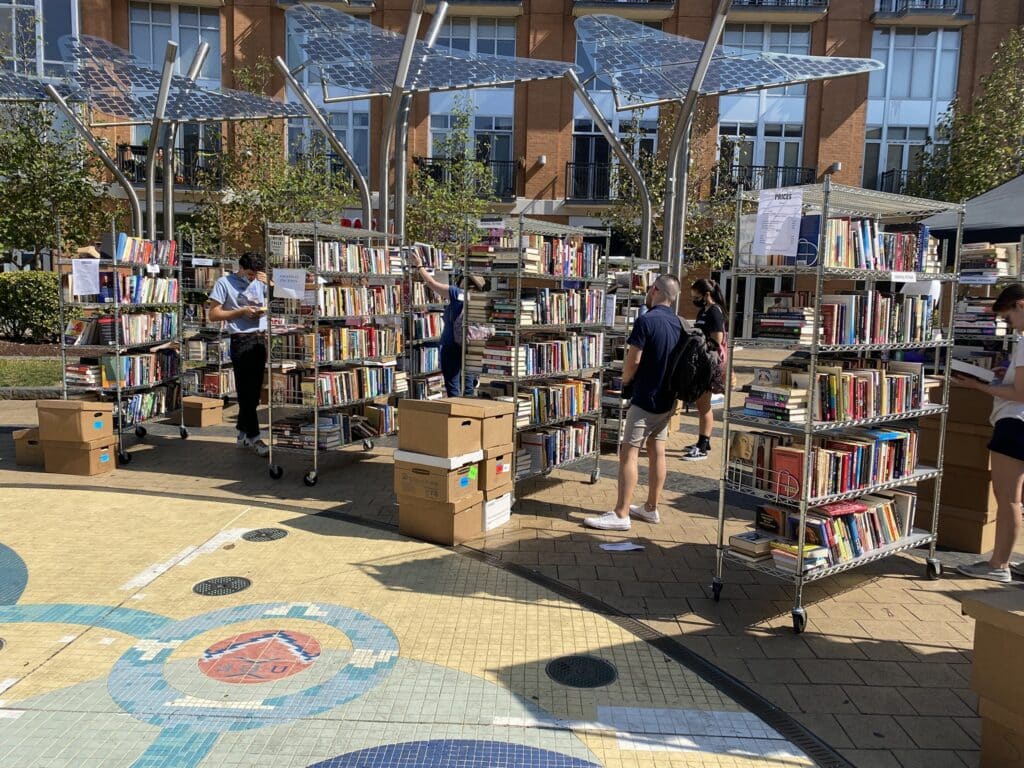 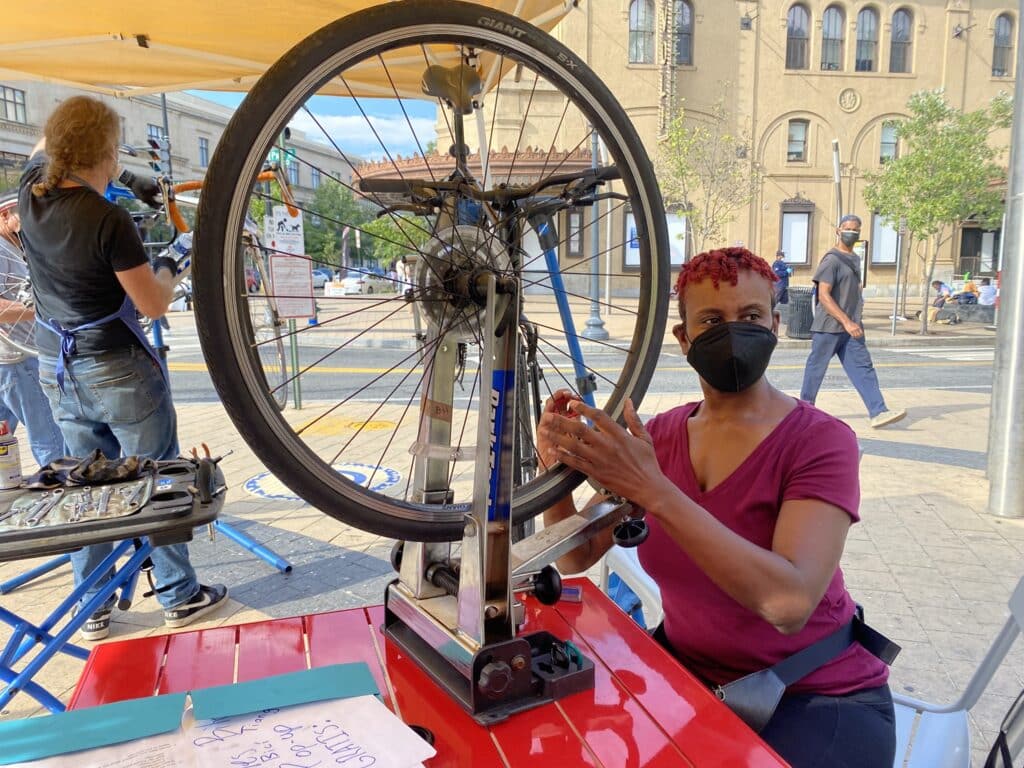 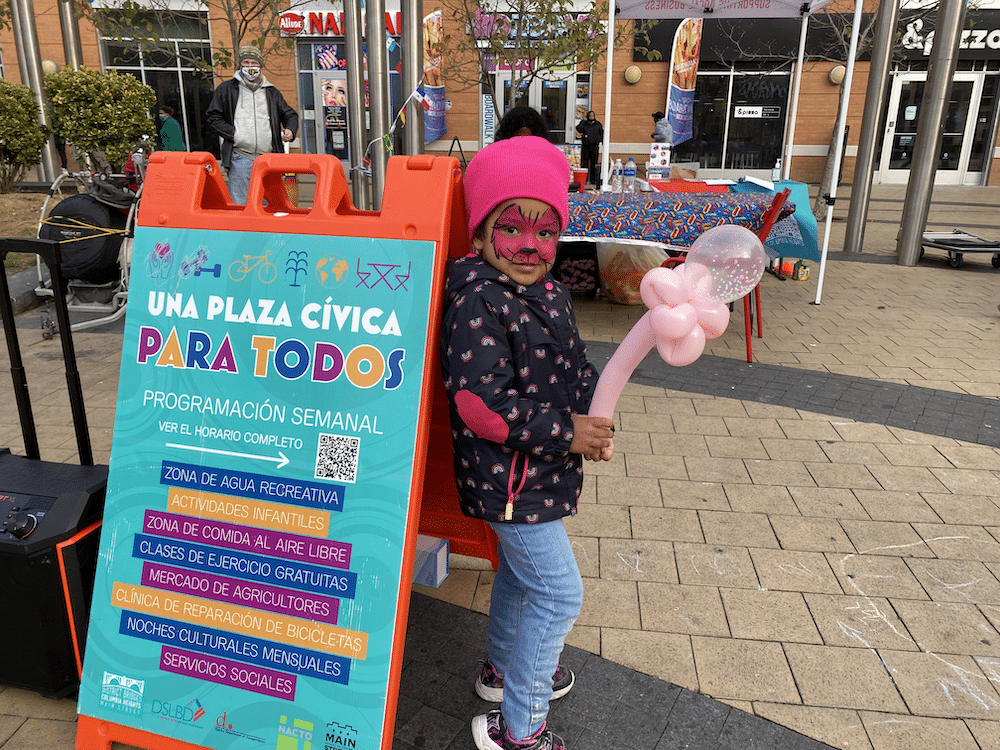 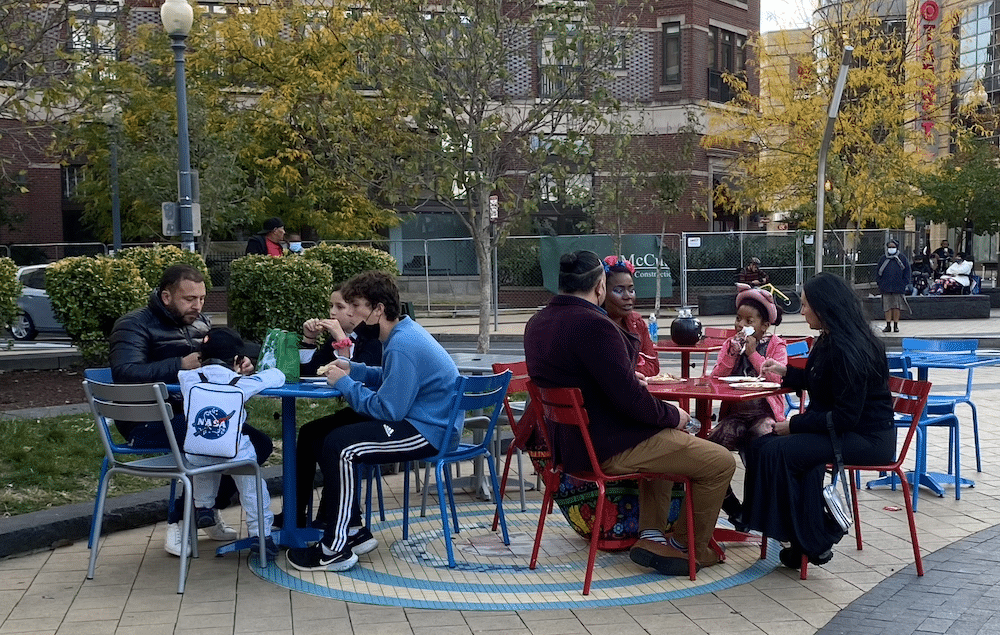 Our Work to Date

So far this year, our team has been able to convene three working groups focused on maintenance & safety, social services, and community engagement & events. These working groups are meeting on a monthly basis and we are now beginning to see the impacts of the consistent meetings and dedicated support. We are in the process of mapping the existing state of operations of the plaza and associated services so that proper adjustments can be made to improve the function of our priority areas of focus. We are also excited to be launching our 2022 season of events in the plaza!

The maintenance and safety working group has brought together all of the stakeholders who are responsible for the various aspects of maintaining the physical space at the plaza. The group meets monthly to identify and prioritize existing issues to create an action plan with deadlines for when the issues will be resolved. The goal is for issues to be immediately identified and resolved in 30 days or less.

The social services working group is composed of city agencies and human services providers who work to support individuals with substance use disorder, mental health, and food and housing instability. Together the working group is trying to identify the current gaps in the continuum of care to ensure the individuals who spend time in the plaza and are experiencing these challenges are able to access the care and support they need most.

The events and community engagement working group is tasked with creating and curating diverse programming for the plaza that dynamically engages the culturally diverse community of Columbia Heights. The goal is to create opportunities for residents and visitors to make meaningful connections in the community.